‘End Papers‘ is the name I gave to an installation for a group show titled ‘To Be Converted‘.

The show was curated by the ‘Bread & Jam‘ team and invited artists to respond to rooms and spaces in a house that is due ‘to be converted.’

The house is peculiar in the way that it has preserved the late 60s and 70s wallpapers, light-fittings, fireplaces etc. lending it a slightly melancholy air as it also provides an up-close view of some cultural history. 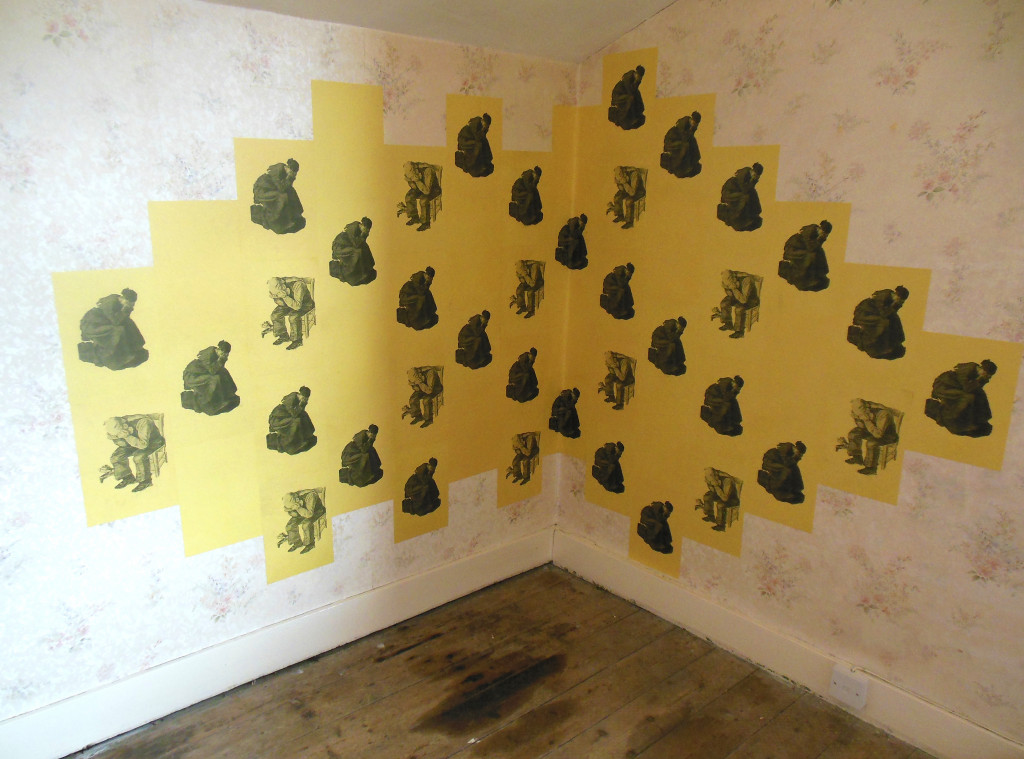 I chose to intervene in a room at the top of the house that had the shape and feel of a ‘garret.’ It also reminded me of a visit to Anne Frank’s house in Amsterdam, where that brave little girl and her family hid, for as long as possible, in fear of their lives, unable to venture out, only glimpsing freedom momentarily through gaps in the architecture. I was also struck by the way that family used pictures from magazines and newspapers to relieve the monotony of the walls that incarcerated them. Subsequently curators have varnished those pictures securely into place and protected them from the millions of tourists who now visit that house, awed by its sad history.

For my installation I used craft or ‘sugar’ paper, in just one of its rather dour colours, and laser-jet printed images found on the internet (using a slightly Bretonian method).

I eventually created a pattern from some of Van Gogh’s images of the distraught rural poor. This ‘wallpaper’ then played off against the wild flower pattern of the original wallpaper and gave a different perspective on the relationship between modernity, mechanisation, poverty and the rural. The final layout of the piece was also designed to work visually with the space and shape of this particular room. 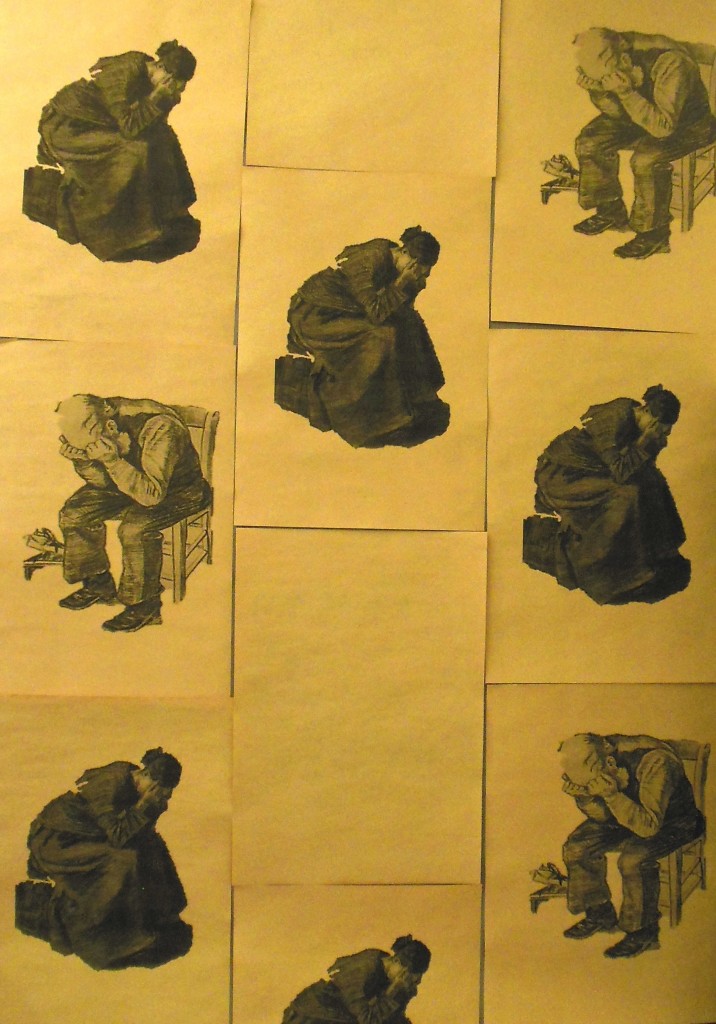 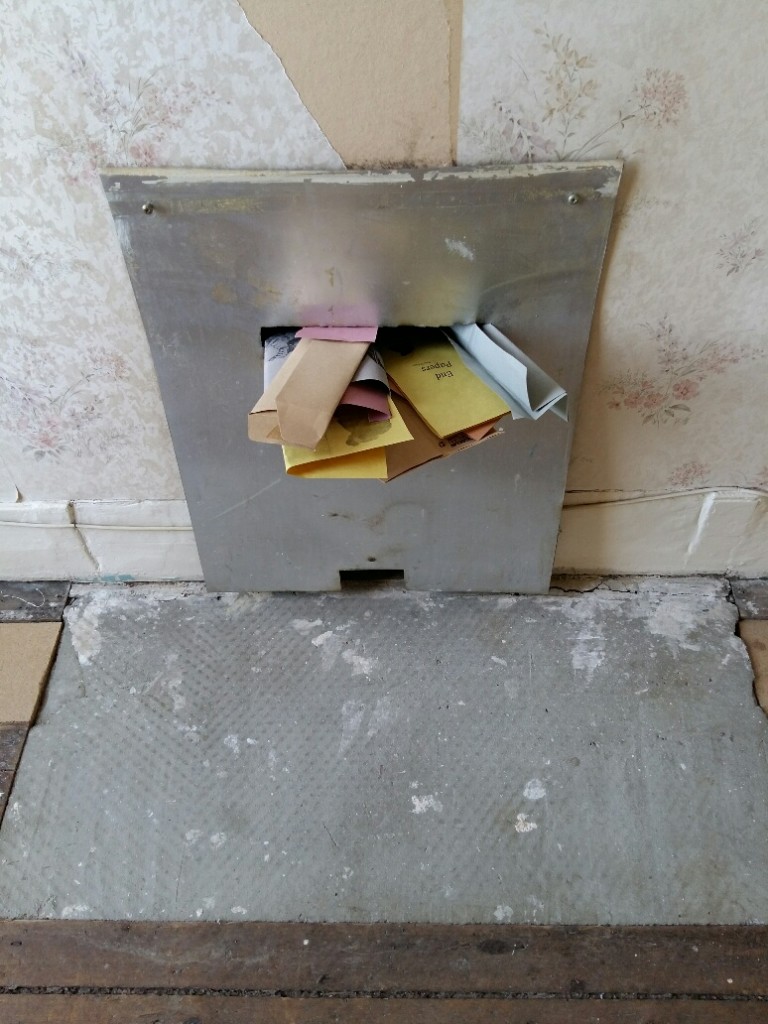 To finish the piece I made a small, limited edition pamphlet that visitors could buy or take away, then I stuffed the leftovers from all my experimentation into the ripped out fireplace.

There they seemed to invoke bills and legal demands (perhaps for eviction), but also a kind of kindling, something you might need to use to survive a cold winter.

The title ‘End Papers‘ alludes to various ‘endings’ (the tragedy of eviction, the reasonging of Capital,  the end of an era for this house etc.) It also alludes to my current  enthusiasm for making publications with my colleagues in eeodo and to  perhaps beginning to see all of my work as a series of ‘publications.’