“…The surface of a photograph might be matte or glossy, but it is always flat,” writes Graham Clarke. “The obvious nature of the point belies the implications for the photograph as a form of representation. The three-dimensional illusion it offers is based on the uninterrupted expansion of a flat surface which, unlike a painting, does not draw attention to itself. Indeed, the photograph ‘buries’ its surface appearance, in favour of the illusion of depth and the promise of the actual.”
Timothy Dow-Adams, p. 77 Light Writing and Life Writing: Photography and Autobiography

‘Square One’ is the name I give to a body of work (a 5,000 word essay and an arrangement of installed photographs) produced for a group show called ‘There Will Be Others’ curated by ‘The Modern Language Experiment’ at Angus-Hughes gallery, London, Summer, 2012.

In this show I worked, wrote and discussed with fellow artists Tina Hage, Jeremy Ackerman, Matthew Stock and Keh Ng, the current status and valuation of photography in fine art – see: http://www.angus-hughes.com/There-will-be-others

Several other artists and writers made contributions to the show, to the accompanying booklet and to an evening debate.

Here I was able to successfully pursue latent issues of physicality and surface in my work much further than ever before.

To some degree I did away with the notion that photography was intrinsically related to picture-making or image-making and greatly emphasised its physical presence.

I used the gallery wall’s space as part of the work (influenced perhaps my many years of sculpture teaching), producing tessellations and gestalts.

I also used thick, angled blocks of varying shapes and sizes as mounts which invite the viewer to look at the works from various heights and angles.

These blocks also appeared staged, alongside old safe-lights (related to the analog past) in a large print.

An accompanying essay. ‘One Or Two ways To Square One‘ appeared in the show’s accompanying booklet and will also be available soon in a limited edition artists book (news to follow).

I regard this show and this writing as unusually thorough, conclusive and satisfying, comprehensively underpinning my current thinking and position with regard to the medium of photography in and as art, rounding off debates within which I have been engaged for decades. 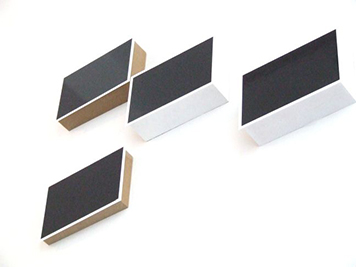 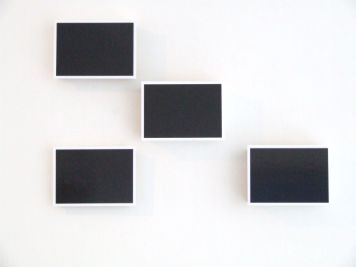 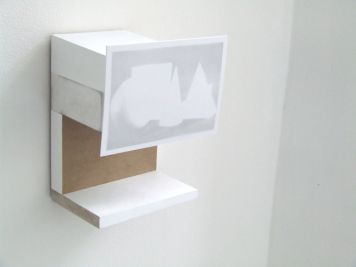 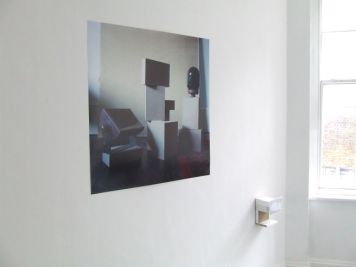 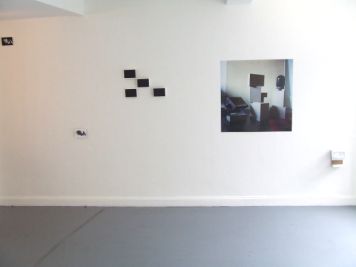 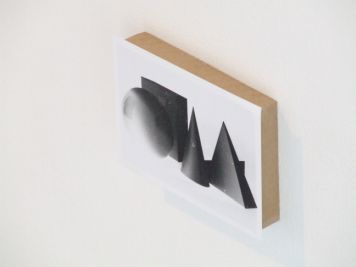 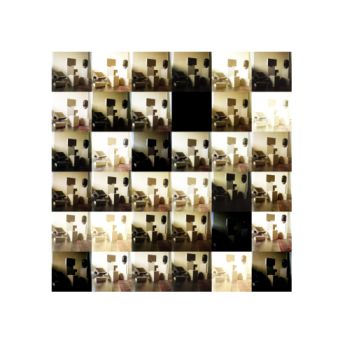